On March 3rd, 2007, a total lunar eclipse took place with very comfortable timing for Western Europe: starting at about 9.30pm local time, maximum eclipse right after midnight, with the last contact with Earth’s umbra around two o’ clock in the morning. The map below shows all parameters for the event. (Please note that all times in this article, except for the map from NASA, are in Central European Time, or GMT+1h).

Lunar eclipses are almost not affected by light pollution, and they are quite spectacular phenomena which many people can easily understand and enjoy. For these reasons, they are suitable for public sessions. Having been clouded out for last two lunar eclipses, I absolutely didn’t want to miss out on the opportunity to image this one; at the same time, I felt like it would be more fun to observe it with a wider audience than the same ol’ bunch of die-hard amateurs. So, I resolved to take part in the public viewing arranged by my astronomy club (“Associazione Astrofili Urania”), which was scheduled to take place downtown Genova in the famous Porto Antico touristic area, near the seaside and very close to the border of the old the historical center.

Along with a couple telescopes for everybody to enjoy visual observation of the Moon and Saturn, I planned to go digital for imaging the eclipse; this way, all pictures would be visible almost in real-time on the screen of my laptop, allowing just enough time to physically shoot and download them from the camera. Here’s the complete list of my setup:

My rig is also visible in the picture below, where I am checking it out together with some friends of mine. 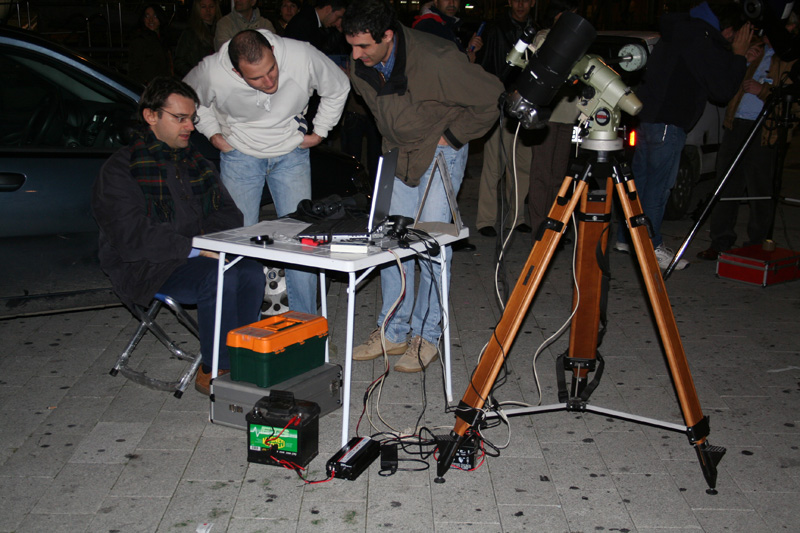 Everybody’s looking either down at my laptop’s screen, or up in the sky with the naked eye or though a pair of binoculars.

During the day, it had been quite muggy and damp with low marine clouds hanging over the coastal line, which fortunately vanished by sundown. This resulted in a less-than-perfect transparency, but anyway sufficient to observe the whole eclipse from first to last contact. Originally, I had planned to snap a picture every five minutes to have a sequence of all phenomenon, but an inexplicable quirk with the software left a hole in the coverage for approximatrly the first 40 minutes; fortunately, I managed to nail down and fix the problem in time for correctly shooting the rest of the eclipse.

I won’t linger writing long and verbose reports: observing the eclipse was a lot of fun, but it was actually no big surprise. Suffice it to say that I enjoyed the comfortable timing of an eclipse where the Moon sported a slightly brighter-than-average range of orange and red shades during the totality phase. Instead, it is worth noting that in the off-line processing phase I was able to make a montage with Photoshop where three pictures were assembled so as to highlight Earth’s shadow form and size. The three shots were placed in the very same spots that the Moon apparently seemed to have passed by with respect to the ecliptic. Here are the data for the three exposures, all taken at 400 ISO:

Below, you can see two different versions of the montage, with and without the outline of Earth’s shadow and Moon’s apparent path. 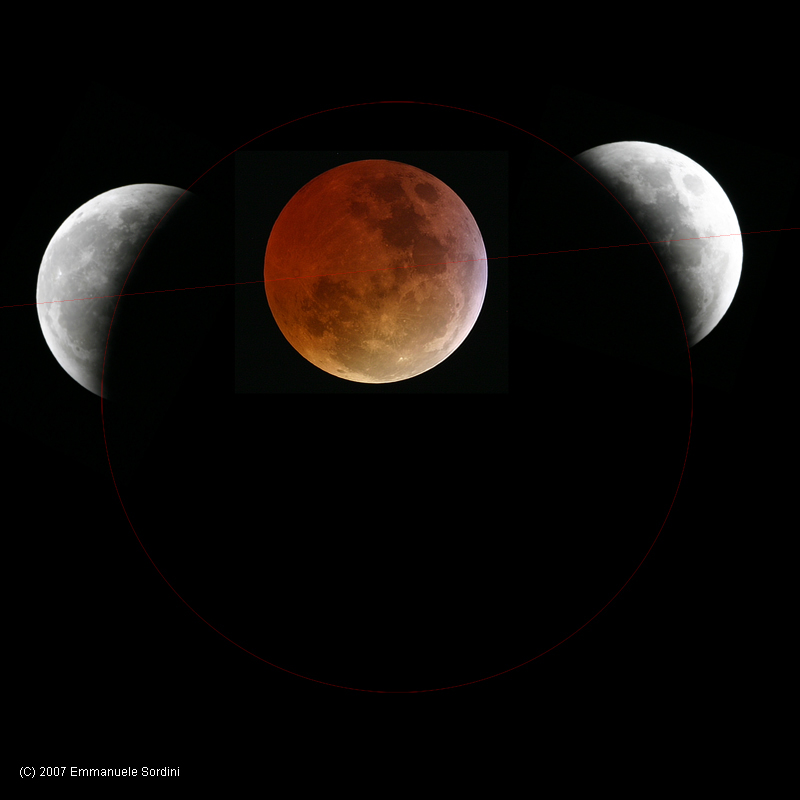 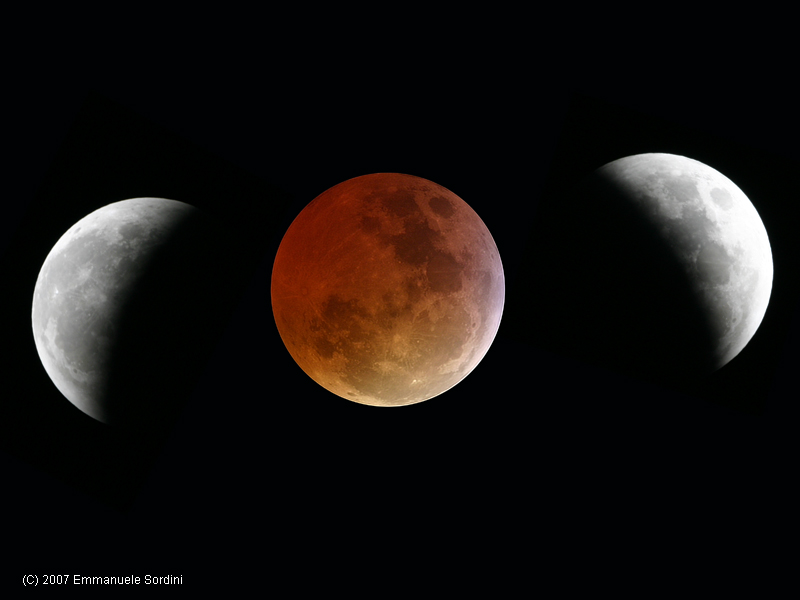 Here’s a single 10-second exposure from the totality phase, processed with Maxim DL and Photoshop to enhance contrast and edge sharpness. You can also see some stars in the background. 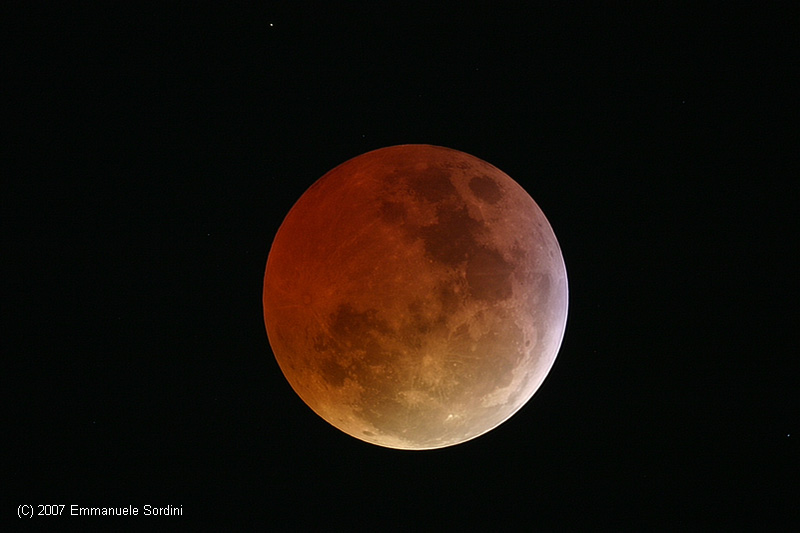 So far, I”ve observed and photographed countless lunar eclipses, probably around a dozen. However, I never stop enjoying the view since no two of them are really alike, but instead they always look different in some respect. On the whole, in spite of the trouble encountered with the control software, I’m satisfied with the result, also because my fellow amateur astronomers and I managed to draw the attention of a wider audience than usual, and share our passion for astronomy (which is rapidly fading out, at least here in Italy) for one whole night.