Between March 20 and March 25, 2011 a high pressure system was lingering over Central Europe and Northern Italy. Although the area where I reside is certainly not renowned for its seeing conditions, on March 24 I managed to pull off a resonably decent image of Saturn. 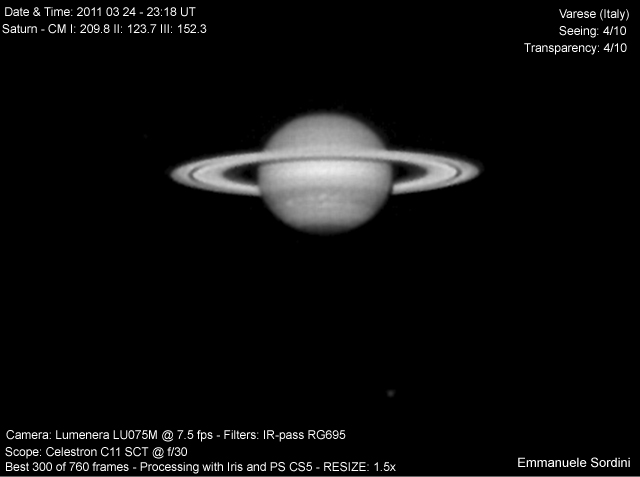 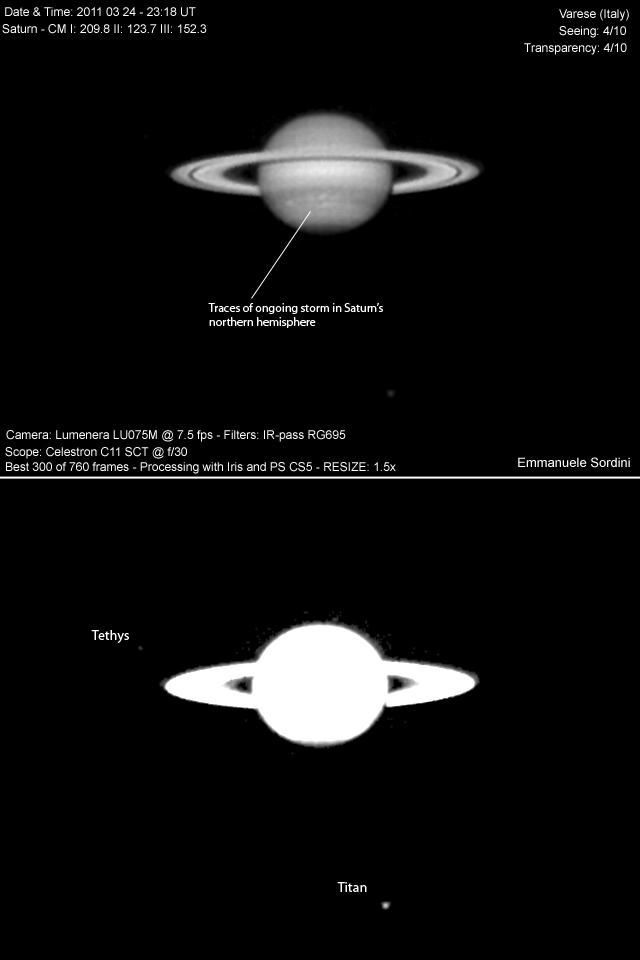 Saturn's path along the ecliptic is slowly taking it further south: for observers located at my latitude (~45 deg. N), it reaches a maximum altitude of ~41 degrees. In the coming years it will gradually become all the more difficult to image from the northen hemisphere. This year's opposition will take place in early April.

The above picture is a result of 300 raw frames out of 760 acquired with my C11 at f/25 and my Lumenera lu075 camera: stacking and processing were done with Iris and Adobe Photoshop CS5. Still clearly visible are the traces of the large-scale storm that broke out in the planets northern hemisphere in December 2010. A slight noise pattern is noticeable on the planets surface: transparency was not the best on that night, and the filter used (Schott RG695 IR-pass) is quite dark. This forced me to turn my camera's gain up to 90% in order to reach a nigh enough dynamic range; this, however, resulted in some banding and streaking that I didn't manage to fully get rid of in the processing phase. A hard stretch on the image will burn the bright disk of the planet, but will bring out two satellites: Titan (which is already visible in the unstretched image) and Tethys.

All in all, however, I am quite happy with this one and I look forward to getting more in the coming weeks.