As everybody knows, the fall Milky Way offers several among the most beautiful objects in the northern hemisphere sky. Most often, the attention will focus mainly on the most prominent objects, such as the Double Cluster in Perseus, the Heart Nebula, the California Nebula, etc. However, there are a host of less famous objects (open clusters, nebulae, etc.) which are real gems. The constellation of Cassiopea, despite its small size, is full of such gems. These objects, if taken individually, are generally suitable for relatively long focal lengths, but they can also make very nice targets for medium-field astrophotography.

In my opinion, one such gem is NGC 654, an open cluster located at about 2 degrees NE of delta Cassiopeiae. This open cluster, which shines at magnitude 6.5 and has an apparent diameter of about 5’, can boast a really nice treat: a very elusive reflection nebula, Vdb 6, snaking along its southwestern border.

The above is a crop of a wider field picture, taken over a night-long imaging session at the Saint Barthelemy star party (Aosta Valley, Italy) in September 2014, which contains several objects. In particular, one can spot from left to right: 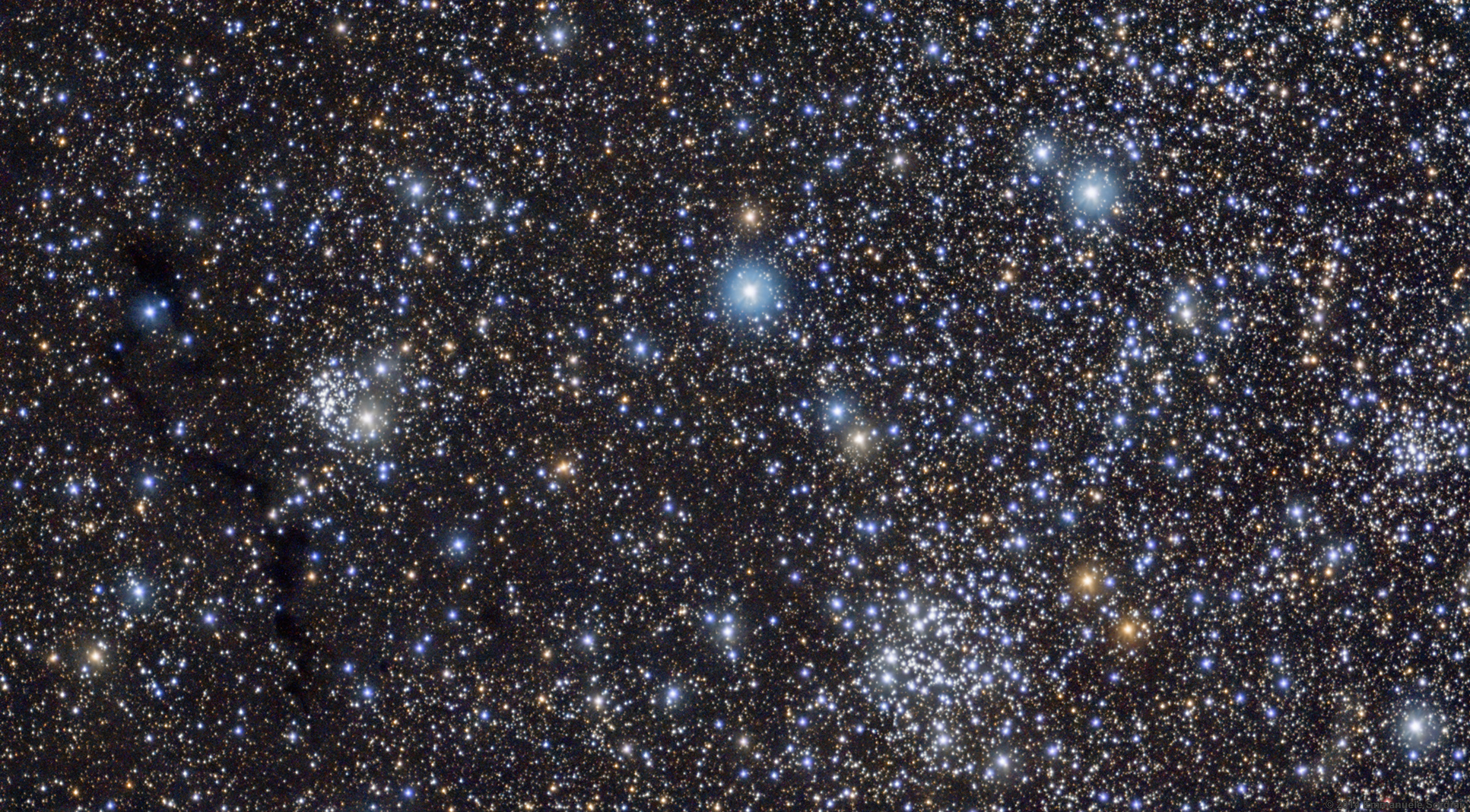 This picture was made by stacking together a total of thirty-six 10-min sub-exposures, for a total of 6 hours, taken at the prime focus of a Pentax 105 SDHF refractor with a IR-modified Canon 450D DSLR at ISO 800 speed. Processing was done in Maxim DL, PixInsight and Photoshop.

Processing this image turned out to be particularly hard, because in order to bring out the evanescent reflection nebula it was necessary to push the stretching up. This resulted in the brightest stars quickly becoming surrounded by bright halos. Although an Astronomik EOS-clip L filter was used, the halos are clearly visibile: this is most likely due to the refractor not having perfect chromatic correction on either end of the visible spectrum. Still, I find the final image rather pleasing, a bit “à la Akira Fuji” if you will